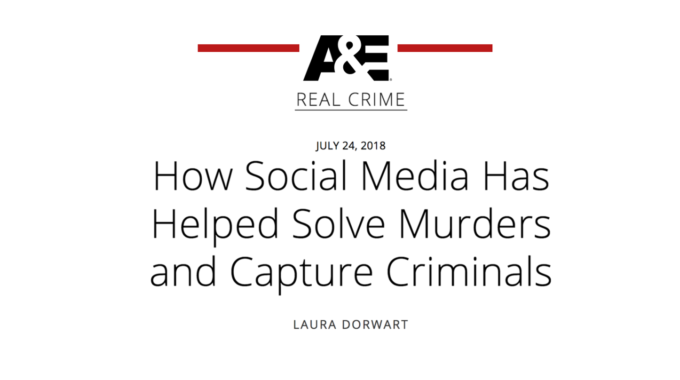 Detectives are sometimes also challenged by the sheer amount of information they receive about a case on social media.

Some of the confusion about how to use social media effectively in detective work, he adds, is due to as-yet not-quite-developed science.

“I think it’s kind of similar to battlefield management in that there’s so much data that’s coming forth, that boiling it down into actionable intelligence is a really difficult task.” The science behind classifying and parsing data from social media “hasn’t matured yet,” he says.

But while technology has “enormous potential for abuse,” McNew is confident that the science of data analysis will catch up to make for highly effective crime-solving tactics.

“It’s an incredible task that will only get better as time goes on,” says McNew.

The Baltimore Sun is reporting that MyFitnessPal, an app associated with accessory and apparel-maker Under…

Do you know how much is YOUR data worth on the Dark Web? $1